You are here: Home / Reiki / How Energy Works

If we want to understand how Energy Healing works, we need to 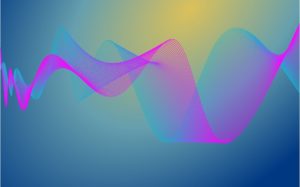 discover what is Energy first, and the different ways we interact with it.

Radio waves, television waves, sound waves and even colors (as light waves) are all made up of energy, moving and vibrating at different wavelengths and speeds.

Even stationary objects are made up of energy as well.

The chair you are sitting on, the desk in front of you, the car you drive to work.

Different molecules form more or less stable, temporary structures to create “matter”. Molecules are made up of atoms…

And atoms are mostly empty space!!!

In proportion, if an atom was the size of a football stadium, a pebble somewhere in the middle would be the nucleus. Apart from empty space, atoms are also made up of protons and electrons which are themselves made up of quantum particles.

On this level, energy no longer seems to be distinguishable. It is all the same and therefore all connected. Basically, this means that there is only one energy, and everything that exists as an individual or separate entity, only appears to be as such on the surface. 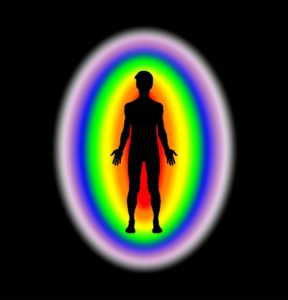 The human body is made up of energy of relatively slow vibrations, and therefore has physical boundaries. However, it is surrounded and interpenetrated by an energy body known as The Aura.

This energy body is made up of seven different layers. The innermost layer extends beyond the physical body by about 1-3 cm. Energetically it is the most dense, and can be seen with the naked eye.

Negative thoughts and traumas attach themselves to the energy field of the body. and cause a disruption in the flow of life force energy; diminishing the vital function of the organs and lowering the strength of the immune system.

Reiki heals by flowing through the affected parts and stimulating the body’s own natural healing mechanisms.

With Reiki, the key to understand this energy and connection, can literally be in our hands.