You are here: Home / Reiki / Reiki: A Bridge between Spirituality&Modern Science 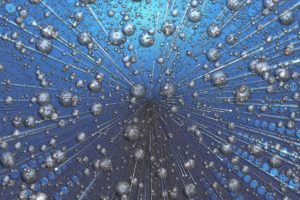 When we practice Reiki and learn about the general ideas behind it, we can start to notice how similar its general principles are, to the ones scientists are now discovering in Quantum Physics. Modern science is finally catching up with what mystics, shamans and spiritual people all around the world have always known for centuries.

“What practitioners of Reiki have long known is now being borne out in the most groundbreaking scientific research occurring in labs and universities all across the planet […]At the smallest levels of the universe, the deterministic gears of all existence turning according to the predictable procession of time, are phased out. And in their place — in the zone where the foundations of matter and energy behave irregularly, chaotically, and unpredictably — we are peering behind the curtain of a universe that rewards open- mindedness and curiosity, and embraces the spiritual, the unmeasurable, and the intuitive.” (https://iarp.org/reiki-and-physics/)

Groundbreaking discoveries are telling us today, that at the smallest, subatomic level, we are all made up of Energy. Everything that surrounds us is made up of electromagnetic energy, vibrating at different frequencies and speeds. Matter, reduced to its sub-atomic level, reaches the point where matter and energy become indistinguishable and interchangeable.

The laws of physics and mechanics, explaining how our universe works, were unquestioned until about 100 years ago. Then a group of scientists, started making experiments to explain some properties of light in the early 19th century. The desire to resolve inconsistencies between observed phenomena and classical theory led to two major revolutions in physics that created a shift in the original scientific paradigm: the theory of relativity and the development of quantum mechanics. Quantum mechanics is the science of the very small. It explains the behavior of matter and its interactions with energy on the scale of atoms and subatomic particles.

“The equations of quantum physics prove that our universe, which seems to be full of dark emptiness, is in fact the stage of an energy dance where subatomic particles keep popping in and out of existence.  We are clearly surrounded by, and part of, a sea of energy – one vast quantum field. Everything is connected to everything like an invisible web. Einstein himself said that “The field is the sole governing agency of the particle.” and “The field is the only reality.” (www.energylife.se/quantumphysicsandhealing)

Quantum Physic is telling us that we are surrounded and connected to a quantum field of infinite energies and possibilities, which creates and permeates everything, present everywhere throughout the galaxies.

“All matter originates and exists only by virtue of a conscious and intelligent non-visible living energy force. This energy force is the matrix mind of all matter.”   (Max Planck, developer of Quantum Theory)

The Life Force Energy is an energy present in all living things that surrounds us, permeates us, present in infinite quantities all around us. As  the ancient masters taught, Universal Life Force Energy is something that flows through all things. It sustains and nourishes our bodies and it can be used to support and increase the body’s natural self-healing ability. 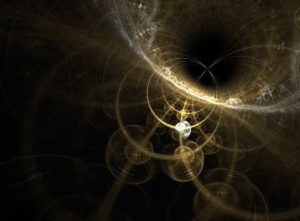 The Life Force Energy is known as Chi in China, Ki in Japan and Prana in India.  It is the vital life force energy of the Universe, present within every living thing. “Every inhabited continent, and most islands, have a cultural relationship with a Universal Life Force Energy. According to these traditions, subtle energy is the omnipresent informational field; a force that functions as the primary energy that sustains all life.”    (www.subtle.energy/life-force-energy-8-examples-from-around-the-world)

Have you noticed how similar the two concepts, Quantum Energy Field on one hand (a field of infinite energies which creates and permeates everything) and Universal Life Force Energy, on the other (an energy present in infinite quantities, all around us, that flows through all living things) are? When we start to work with Reiki, the keys to sense, experience and understand these energies, are literally placed into our hands.

Quantum entanglement teaches us that everything within the universe is interconnected. We are all connected to the quantum field, subject to neither time nor distance. 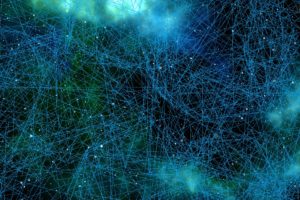 As Lynne Mc Taggart wrote in her book, The Field: “These equations stood for the zero point field – an ocean of microscopic vibrations in the space between things. They realized the very underpinning of our universe is a heaving sea of energy, one vast quantum field. If this is true, everything is connected to everything else like in some invisible web […] On the most fundamental level, living beings, including human beings, are packets of quantum energy constantly exchanging information with this inexhaustible energy sea.

Information about all aspects of life, from cellular communications to the vast array of DNA controls, relies on an information exchange on the quantum level…and the quantum energy sea.”

Let’s take a group of subatomic particles whose behavior is shared among the group.  Once these particles are separated, no matter how far away the particles are taken from each other, if the property of one is altered, the other entangled particles’ properties will also immediately change exactly in the same way.

When Reiki practitioners study the Second Level (Okuden), they learn and receive three symbols, one of which is the “Connection Symbol.”  This symbol allows the practitioner to send Reiki healing energy  to people and/or situations through time and space.

It’s important to notice that it is the focus and the intention of the practitioner that gives power to the symbol, and make the distant healing possible. 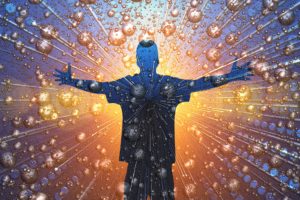 As we said before, quantum entanglement teaches us that everything in the universe is interconnected regardless of time and space. The underlining idea of Distance Healing, is always to realize this state of Oneness, recognize that we are all part of the same consciousness, to sense and experience at first hand how everything is connected.

I am no expert of quantum physic myself and this article, it’s just an attempt to point out a few similarities between 2 disciplines apparently really far apart from each other.

I leave the conclusions up to you, with the only advise to have an open mind, ready to let go of some old concepts, if this is the case.

Remember, the possibilities are infinite, and your imagination is the only  limit.