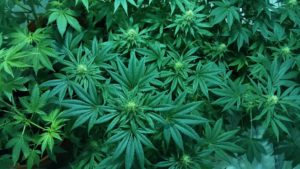 As more countries around the world are preparing for legalization of the Cannabis plant, it’s time to have a constructive debate about its many medicinal uses and beneficial properties, based on scientific evidences. After years of denigratory campaigns and billions spent on waging war against a plant, hysteria and false propaganda are slowly dying in favour of methodical trials, studies, and incontrovertible proofs. After realizing the true potential of this plant, and its many medical benefits, another aspect to take into consideration in our practice, is the way the use of Cannabis can affect a Reiki Treatment.

Before we start this journey, it’s important to remember that the use of cannabis for fibre dates back to 10 000 years ago, while the first recorded use as a natural medicine, dates back to more than 4500 years ago. The Cannabis plant, along with its many benefits, it’s one of the oldest crop known to humanity. As Hui-Lin Li wrote in his book, An Archaeological and Historical Account of Cannabis in China: “The use of Cannabis in medicine was probably a very early development. Since ancient humans used hemp seed as food, it was quite natural for them to also discover the medicinal properties of the plant”.

A brief history of Medical Marijuana

As reported in this article The first alleged recorded use of Cannabis as a medicine was between 2696-2737 BC in China by legendary Emperor Shen Nung (the same guy who is said to have invented tea). Nung was fabled as a philosopher, farmer and hemp enthusiast.
Over in Africa there are records of medicinal use of Cannabis in the Egyptian Ebers Papyrus, a preserved medical document that dates back to about 1550 BC. On the mummy of Ramses II, who died in 1213 BC, an archaeologist has found traces of Cannabis pollen. In Ancient Egypt prescriptions for Cannabis included the treatment for the eyes (glaucoma), and various kinds of inflammation. Around 1000 BC we find Bhang, a cannabis drink mixed with milk, used as an anaesthetic in India, and as we move along the timeline, we can begin to notice that the use and knowledge about this plant, was a worldwide phenomenon.

From Pliny the Elder to Proposition 215 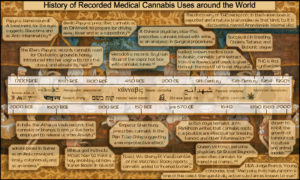 In the year 79 AD Pliny the Elder, an ancient Roman scientist and historian, writes about the medicinal property of the cannabis plant and from the 8th to the 18th century, evidence shows that the Arab world used it as a painkiller, anti-inflammatory and anti-epileptic. In his New Herbal, published in 1538, William Turner says that during the Middle Ages, hemp was central to any herbalist’s medicine cabinet. (M. Booth “Cannabis a History” 2005) Although Robert Burton, an English clergyman, reported some success in treating depression in 1621 and a British Herbalist wrote about the medical use of hemp in 1652, we have to wait until the 19th century for the Cannabis plant to become mainstream medicine in the west. On the 5th of November 1996, California was the first state to legalize Medical Marijuana.

Known as Proposition 215, this bill permits patients with a doctor’s prescription, to possess and cultivate Marijuana for the treatment of AIDS, cancer, muscular spasticity, migraines and several other disorders. It took more than 20 years for other states across the U.S. and Europe to follow and take the same step. As more trials are conducted, more people realize the true potential this plant can have in helping to treat a vast array of illnesses. It won’t be an easy ride, but it’s only logical to assume that soon enough, every country in the world will recognize the amazing impact this plant can have on every single person facing any kind of stress, anxiety, or medical conditions.

“Cannabis is an incredibly grounding plant with the ability to elevate consciousness. The duality of total body relaxation plus mental elevation is a perfect combination for meditation. Most people struggle to quiet the mind and lift out of the body during meditation. The right cannabis strain, when dosed appropriately, allows people to slow down, quiet the racing mind, and calm the body. This is the most desirable state for a transformative, meditative experience”. (full article) 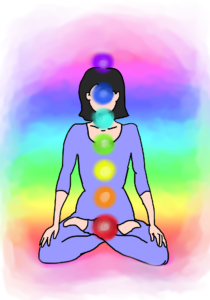 Reiki is a Japanese technique for relaxation, that helps to restore balance and also promotes healing. It is done through gentle/non invasive touch and each session is totally unique to the individual and to the moment. A warm and soothing energy flows from the hands of the practitioner to the client’s body, bringing relaxation and releasing tension. The most common problem people have when going for a Reiki Treatment, is the inability to fully relax and quiet the chattering mind.

As Faith A. Benedetti writes in her article Reiki and Cannabis as Partners in Healing: “I believe that cannabis use immediately before a Reiki session facilitates deeper healing by allowing a client to enter into a state of relaxation and readiness, priming them to accept and integrate the energies that will follow to their maximum benefit”. She goes on saying “I regularly employ two of the most ancient, potent and gentle healing forces that I know: Reiki, a hands-on healing art, and Cannabis, one of our safest and most widely beneficial herbal allies.

Individually, each has its own unique powers, but when used together, these two therapies are natural adjuncts to one another, and work as a sort of mind-body-spirit “reset button,” allowing the individual to return to a kind of homeostasis and balance. We can imagine the body as a radio. Cannabis prepares the client to receive the information; Reiki allows the client to tune or dial into the proper frequency needed to achieve or restore balance”. 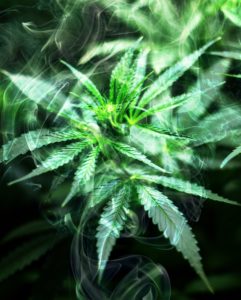 We are living an interesting period for the human evolution. Every day, more studies and new disciplines are bridging the gap between ancient spirituality and modern science. Energy Healing in its different forms, and the Medical Properties of the Cannabis Plant have been known to men for thousands and thousands of years. Personal profit and bigotry, cannot be seen any more as an obstacle for cures that could benefit and be easily accessible to everyone on the planet.

It’s time to upgrade our intellect, to the scientific discoveries of the time we are living in. We have incontrovertible scientific proof that Cannabis can be of great help for many people suffering from a vast variety of conditions, with a lot less side effects than modern medications usually have. And it’s still illegal in most parts of the world. As reported in this article we now have a number of studies confirming the validity of Reiki as a Healing Therapy, and still for some it’s hard to accept it has any impact at all in treating different ailments.

My hope for the future is that more people we’ll get out of their comfort zone, and start to doubt and question everything around them. Let’s leave behind past beliefs that no longer serve us. Let’s start again to look at the world with interest and curiosity. It’s just a choice. You are the only one that can make it down the rabbit hole and discover with all probabilities, that there’s a lot more to life than what you always thought.

A definitive guide to the history of medical cannabis

Power of Reiki or Placebo Effect?

00“The Art of Meditation”“Keeping Spirituality”